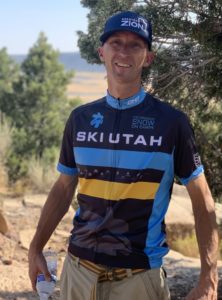 Mark McGill has been playing soccer since he was 5 years old. Mark played both Goal Keeper & Wing for Skyline High School Junior Varsity under Coach Shawn Kennedy, we will say it was “just a couple years ago”!

Since High School he has played over 15 years with Utah Soccer Association outdoor leagues, and spent most of those years with JOGA FC.

Coach Mark got his US Soccer Coaching License in 2018, and has assisted 1 year with Impact Soccer Club, and has been a Head Coach with Blast for the past three years developing the 2009 program.

The 2009 Blast Boys group started in Metro F in U10, with 1 team of 12 boys. 10 of those original players are still in the group today, which has now expanded to 24 players and two teams competing in Metro A & Metro B this spring season 2021.

Mark lives and works in Millcreek, and in addition to coaching soccer for Blast, he has his USSA Freestyle Coaching License and works part-time in the winter as a ski coach for Wasatch Freestyle.